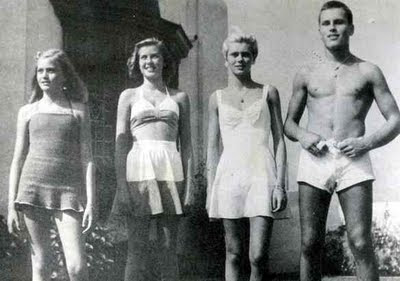 Growing up in East Falls, Lizanne Kelly and an older sister, Grace, acted in productions at the Old Academy Players in Philadelphia.

Grace would go on to become an Academy Award-winning actress and a princess.
Lizanne would become an accomplished athlete, a community volunteer, a wife, a mother, and devoted "Aunt Lizzie" to Grace's three children and other nieces and nephews.

Though she chose not to pursue an acting career, Mrs. Le Vine did experience Hollywood's glitter. She spent summers "chaperoning" Grace on movie sets and had her photo taken with Alfred Hitchcock, who directed Grace in To Catch a Thief, said her son, Chris, an investment adviser.

Mrs. Le Vine, whose father, John B. Kelly Sr., and brother, John Jr., were Olympic rowers, was a star hockey player at Ravenhill Academy in East Falls. She also played basketball at Ravenhill and was president of the student council.

She earned a bachelor's degree from the University of Pennsylvania, where she captained the varsity hockey team. Wearing her hockey uniform, in 1955 she was one of the first women to appear in a photograph in Sports Illustrated, said her son.

After graduating from Penn, Mrs. Le Vine married Donald C. Le Vine at St. Bridget's Church in East Falls on June 25, 1955, her 22d birthday. Grace was her maid of honor.
Mrs. Le Vine was not in the wedding party when Grace married Prince Rainier of Monaco in 1956. She couldn't travel to the wedding, her son said, because she was eight months pregnant with her first child. She named the girl Grace.

Mrs. Le Vine and her husband, a stockbroker who became a horse owner and trainer, raised their two children in Gladwyne. They later took over the Kelly family's summer home in Ocean City, N.J., where they often hosted Grace and her husband and children.
Mrs. Le Vine was active with local charities and was past president of the Women's Auxiliary of the Medical College of Pennsylvania.

She and Grace had breakfast in Philadelphia in April 1982, when her sister was honored for her films at a gala at the Annenberg Center. That September, the Kelly family received word that Grace had been seriously hurt in an automobile accident in Monaco.

It was Mrs. Le Vine who answered the phone call from Grace's daughter Caroline, who told her, "Mommy died."

A year later, Mrs. Le Vine told a Philadelphia Daily News reporter, "Naturally, there's been a terrible void. I don't think it's been as hard for us here in the States as it has been for Rainier and the children. We don't have the thing where every day you turn around and have a constant reminder. It's not easier, but not quite as hard."

Mrs. Le Vine told a reporter that she kept busy following her husband wherever his work took him. He spent part of the year at Atlantic City Race Course, and for eight months he was at Turf Paradise, a racetrack in Phoenix.

"I had never been in the Southwest. I didn't know anybody. I had to work and meet people and it took my mind off the tragedy a little bit," she said.

Mrs. Le Vine and her husband also spent time at a racetrack in Tampa, Fla. She enjoyed horse racing, her son said, and played tennis and golf.

In addition to her son, Mrs. Le Vine is survived by three grandchildren.
A Funeral Mass will be said at noon Saturday at St. Bridget's Church, 3667 Midvale Ave., where friends may call after 10:30.
Posted by William Kelly at 7:46 PM No comments: